Bracketology is the premier centralized fantasy gaming platform for reality TV shows, turning the TV shows’ drama, twists, turns, and eliminations into an engaging game for thousands of online players. 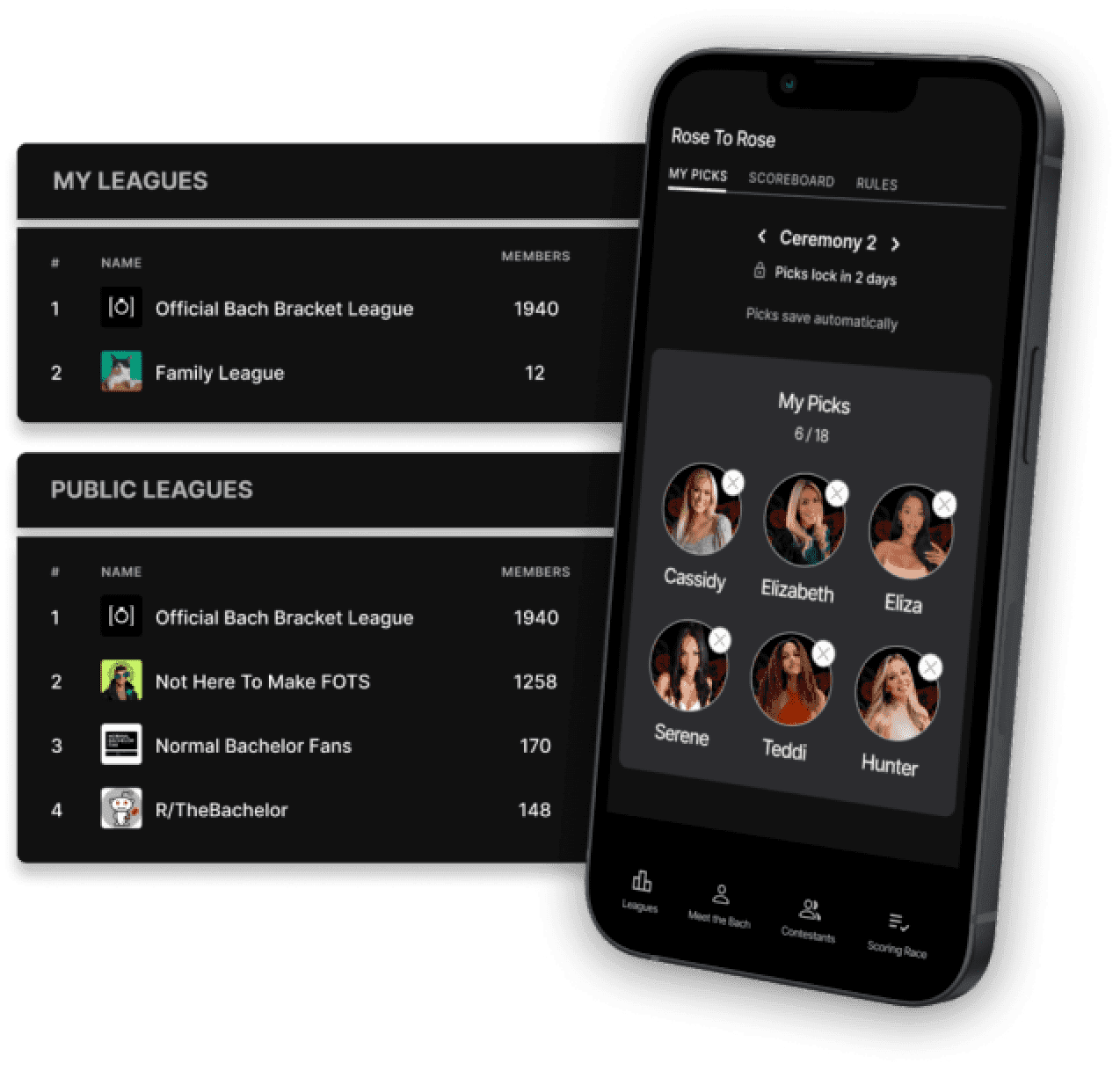 The story of Bach Bracket

It all started in 2016 with four girls: Jessica Dahlstrum, Kaitlyn Hurley, Lexi Later, and Mary Roberts. Avid fans of The Bachelor, they had played in their own fantasy Bachelor league for years. Sending over their picks via text and keeping score in a Google Sheet, they sometimes wondered how many people would appreciate just the same: more content on their favorite franchise, some extra fun and excitement, and an ability to compete with fellow fans online.

One day, over lunch in LA, they drew the framework of what would become the Bach Bracket website on the back of a cocktail napkin. They started with $750 paid to a web designer for a series of wireframes. When the founders got the quote for gaming platform website development, they realized they might need to do more than dip into their savings. However, after seeing their vision come to life in those PDF mockups, they couldn’t stop.

Over six years, Bach Bracket developed into the biggest fantasy platform for reality TV with over 580,000 unique users to date. Although similar products have emerged since then, it remains popular due to its simplicity and fan-focused approach.

Today’s Bracketology, still led by its first property Bach Bracket, is a set of fantasy leagues with interactive games based on weekly TV shows: 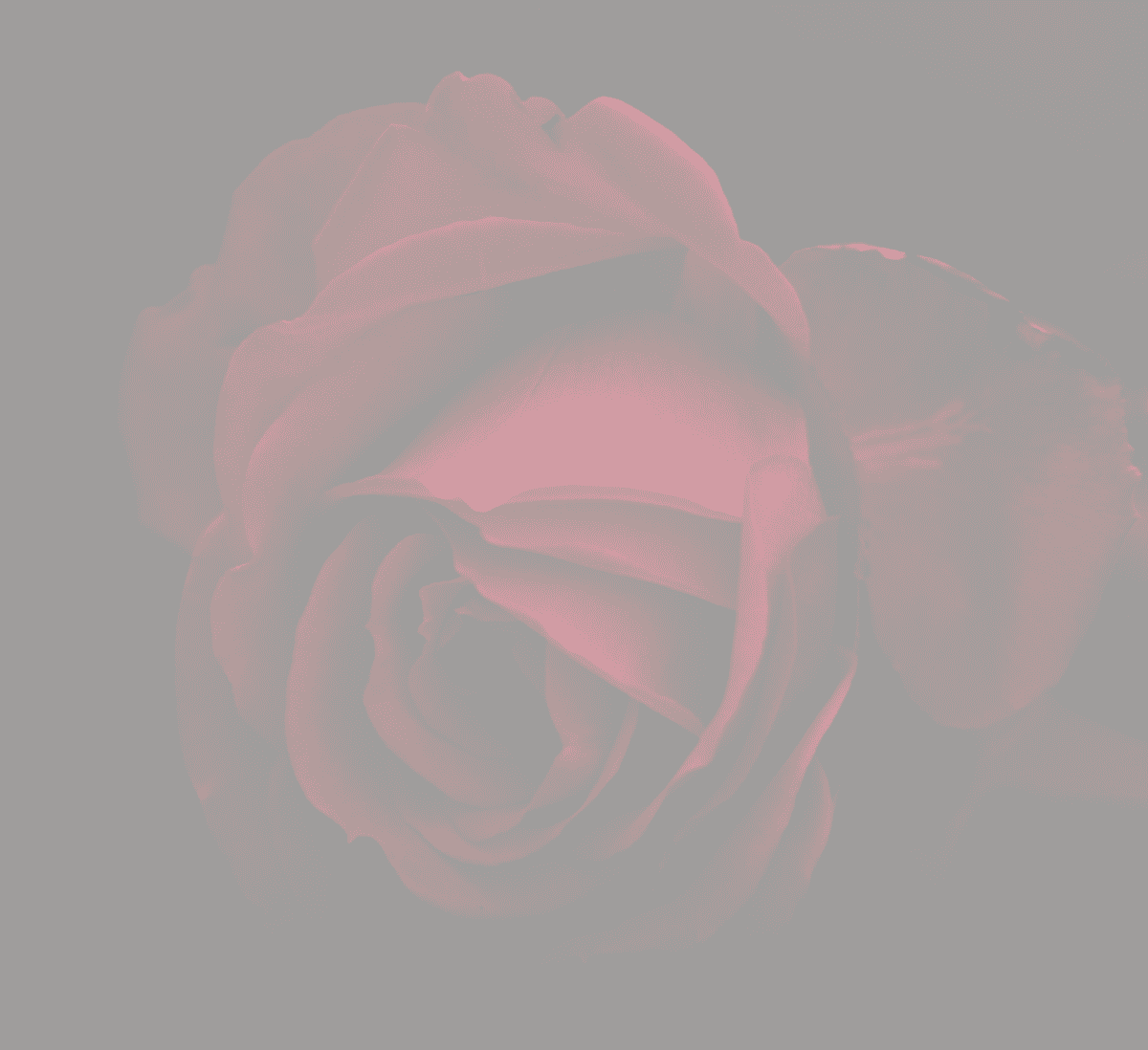 Registered players join the games, create their own fantasy league brackets, and predict various events for each episode, how long a contestant will last in a show, etc. They also join and form leagues to compete against friends, colleagues, and others.

The games are free to play for users, and players have the choice of multiple types of games with different rules. Larger public leagues are free to join, with the chance to win prizes from a Bracketology sponsor, podcast league, etc.

There are 3 game-type options:

Users update their brackets before each week’s episode is aired. In the most traditional form of a Bachelor bracket, users choose a number of participants who can make it to the next episode after the weekly rose ceremony. The picks are locked when each episode starts in Eastern Time.

Users view the contestant bios and make all their brackets after watching the first episode of the season, but picks lock entirely before the second episode/first elimination.

The commissioner controls everything: contestants, scoring, locking, and the rules.

After each show episode is released, for each prediction that proved correct, points are awarded. The results are summarized in a general table for players to see the leader in their league. The system also automatically scores and ranks a player’s league after each episode. At the end of the season, the three players with the highest points win the 1st, 2nd, and 3rd place.

For example, for The Bachelor game, the official league prizes for the 1st, 2nd, and 3rd place are determined and set by Bracketology. The prizes in the form of Bracketology Bucks (in-app currency that is yet to be implemented) will be awarded at the conclusion of the final elimination round, once all points are calculated.

To this end, the Bracketology website has the following functionalities:

In the spring of 2021, three friends acquired the controlling stake in the Bach Bracket project. One of them happened to be a co-founder of Aloa, a digital outsourcing services platform and Onix’s long-term partner.

Seeing an opportunity to develop Bach Bracket into something bigger, they contacted Onix with a request to support the existing website and application and create its updated version rebranded as Bracketology.

The request included a full package of services:

Creation of the project documentation

Setting up servers and third-party services

The decision to rewrite the application was made due to the limitations of the previous technology stack. Over 5 years, the product’s user interface (UI) design and functionality became outdated. With the existing code base written in Ruby on Rails, any changes, new features, and scaling in the future would be much more complicated and expensive.

Another goal was to improve the user experience (UX) and to make the app as streamlined and easy to use as possible.

Onix’s team embarked on the project in June 2021. 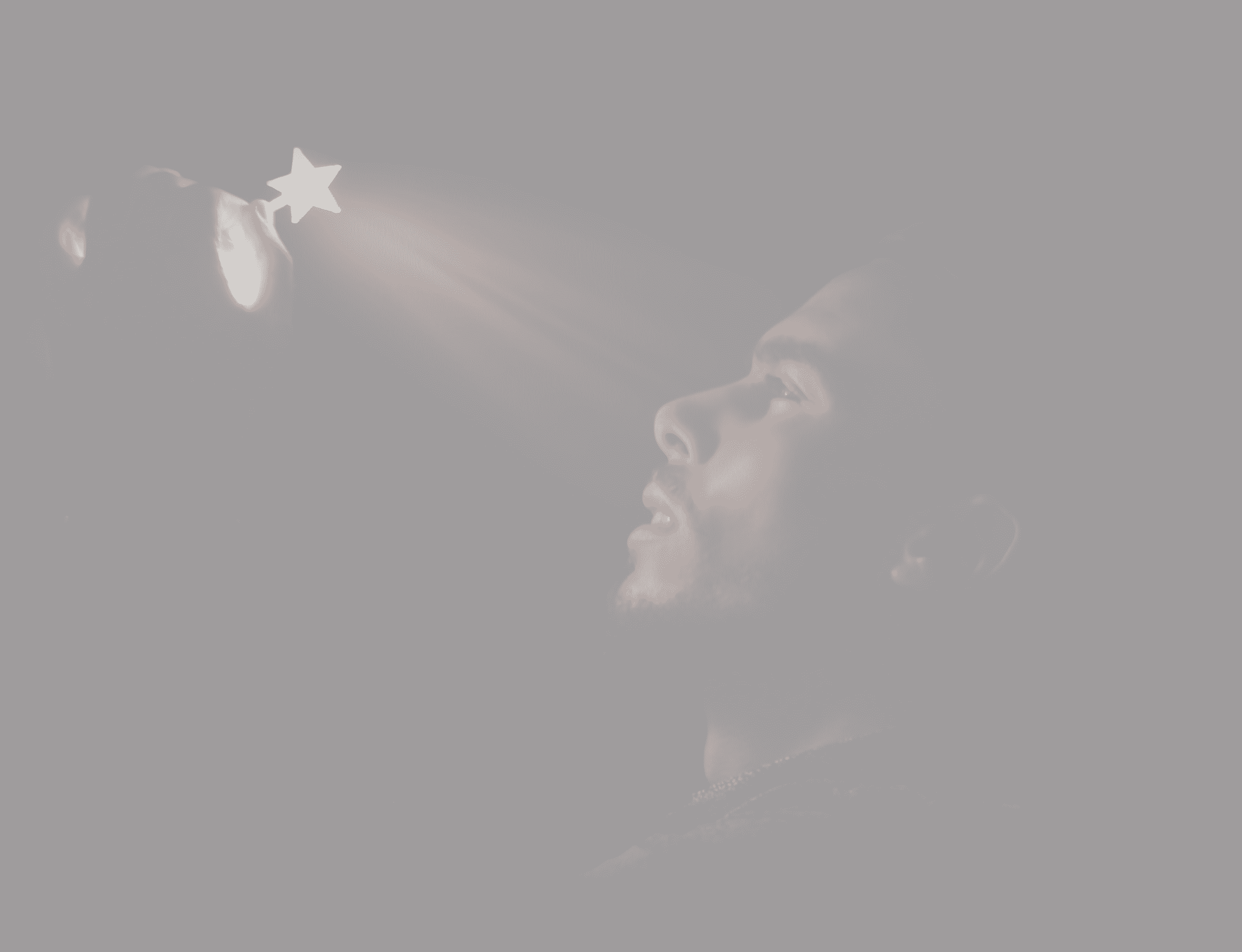 The process of the fantasy gaming platform website development

The team for the Bach Bracket old and new websites included:

The team used the following technologies for the fantasy gaming platform app development:

Internal part of the web application and front-end

Hosting and deployment of the project infrastructure

The planning and preparation for the updates and the development took 7 months. The work completed during this period included:

The main challenge of the fantasy gaming platform app development

The main problem was that the fantasy gaming platform is most actively used for a few hours per week – on the evening of the weekly episode release – when the number of users reaches 100K at a time. Initially, the app ran well on Heroku, but as traffic increased, it began to experience problems and limitations. Heroku’s deployment API seemed to fail 1-2 times a week.

The application needed greater capacity and flexibility at a minimal cost. The team was tasked with smoothly optimizing the server and halving the maintenance cost. As it was a production app, without testing servers, there was no room for error.

For this purpose, Onix’s specialists decided to migrate the application from Heroku to AWS due to the latter’s multiple advantages, such as:

AWS charges customers only for what they use, and with larger applications and infrastructure, it quickly becomes a more affordable option. AWS also offers tools and services for cost optimization and control.

It’s preferable if the client wants to host other cloud services on AWS and keep everything in one place.

Onix’s team decided to deploy the application in AWS Elastic Beanstalk using Docker which comes with different versions of built-in Docker and scale it easily. Docker was expected to speed up the migration to AWS; it works locally and will also work in a production environment. 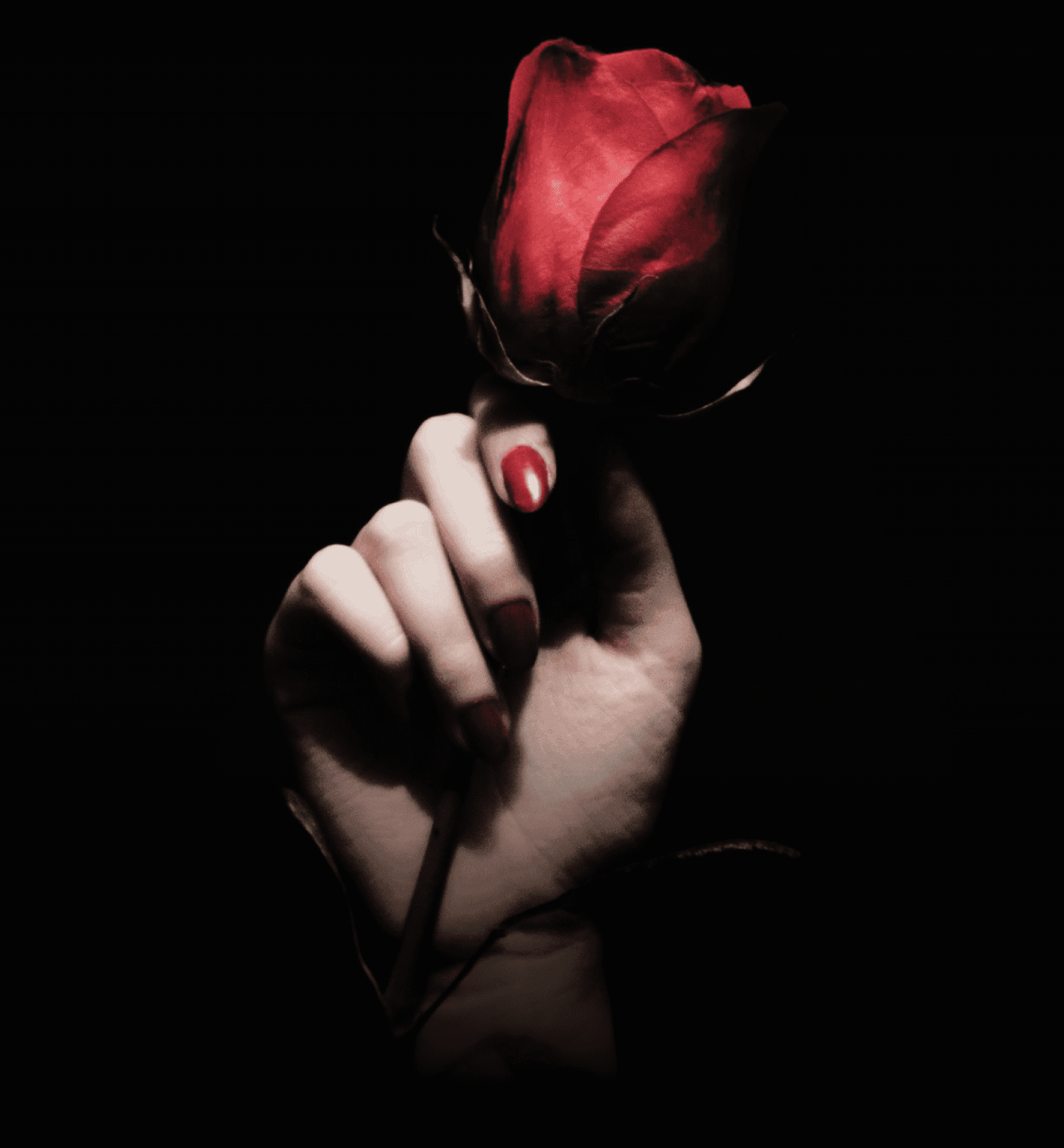 Firstly, we compared the costs of using AWS and Heroku. Heroku had cost around $800 per month. We calculated that using the same capacity on AWS would cost $600-650.

We also developed a chart of the application and interactions with all services.

We wrote a configuration called Dockerfile.

In the case of our RoR application, the main task was to make dependencies get installed and configure the complex software components in our stack. The ability to test everything in a local environment was a huge advantage.

Within 7 months, Onix’s team completed the daunting task of migrating a working application to AWS and delivered a completely repackaged design for the project, transforming the old Bach Bracket website and application into an up-to-date innovative platform.

The client liked the improved interface and appreciated the constant smooth communication between the teams.

They always went above and beyond and really viewed themselves as an extension of our company’s team.

Having migrated to AWS and monitored the load, Onix’s team reduced the capacity of servers and services, cutting the costs from around $800 per month down to nearly $450.

In the new Docker and AWS-supported environment, we have achieved greater flexibility and productivity. Servers don’t require manual scaling any longer and automatically adjust to rises and falls in the load on the memory or processor. Hosting bills have also decreased.

The new degree of control, such as login via SSH, has made problem detection and fixing much easier.

Most importantly, the platform retained the ability to support the entire audience of all available shows at the same time.

The architecture was built in such a way that the extension to new shows will take only 3-4 weeks, including all necessary preparations.

This ability will come in handy as Bracketology plans to add two new reality TV shows – Survivor and The Voice – in 2022.

Onix is happy to have contributed to the project’s growth and hopes to continue the collaboration.