When it comes to developing a mobile solution for a business or enterprise, established companies can afford brand app development on several mobile platforms simultaneously. Limited resources and timeframe often pressure smaller businesses and startups to select one platform for the first app launch. The choice usually lies between an iOS and Android mobile application. The decision can determine the success or failure of the whole undertaking.

Is that your dilemma? Are you hesitating about moving to a new segment of the audience? Doubting whether an Android-based product will promote your business growth? In this article, we’ll elaborate on the benefits of Android app development for your business.

If you are building mobile apps or games for the general public, it’s reasonable to target the platform with the highest number of potential users. Global market domination is an obvious benefit of Android OS. It’s available on various vendors’ devices which tend to be more affordable than iPhones. This has resulted in Android retaining the 70-80% global market share in the past five years. 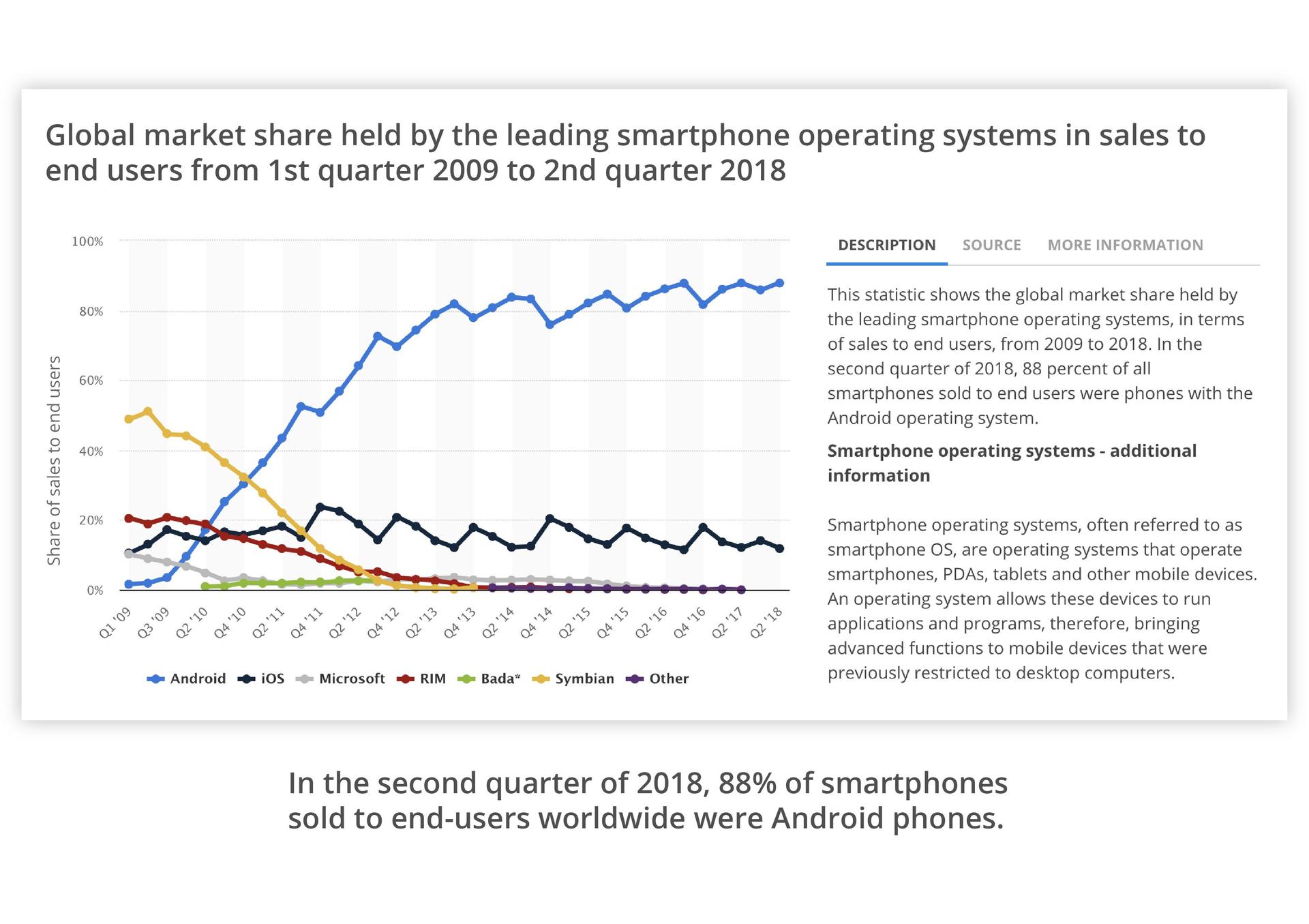 A product for Android mobile devices can be deployed in different ways, allowing brands to reach customers through multiple channels. In addition to Google Play Store, Amazon Appstore, AppGratis, MoboMarket, and other third-party app marketplaces, they can create their own distribution and sales channels. It means greater flexibility for the promotional strategy and possibly less competition – by contrast with Apple’s App Store which is dominated by larger companies.

If you add in Google Play, Amazon, and Chinese app stores, Android OS makes about the same amount of money as Apple. Android apps can be on par with iOS apps in most categories, both regarding initial app downloads and in-app purchases. Android’s bigger user base can support an application with increased ad revenue. Advertising costs are generally lower, which means that for the same money you can advertise to more users on Android devices than to Apple users.

Android developers pay a one-time registration fee for application distribution. After that, they can build and test the product on any computers and smartphones. This ensures low investment and increased engagement among users; end-users get a quality product and the business a higher ROI.

Another benefit of android app development is that apps and games deployed to Google Play Store are available to users within hours. (On App Store, an app takes days to be approved.) Google Play allows developers to push updates within 20 minutes to hours. This makes Android more suitable for new apps and games which the developers might need to polish, fix, and update several times a day in response to user feedback. Another bonus is the ability to upload apps directly onto the developers’ personal devices to test or play with for free.

On Google Play, developers can release products as alpha and/or beta available to a selected group of testers or users. Their feedback is used to refine the product before the final release. The devs can also perform a gradual/staged rollout of an update. They specify the percentage of users that should get the update and monitor the feedback and crash reports from first batch users before increasing the percentage. All issues will be fixed before the general public gets to the app or game.

Having a product on Google Play Store places your brand into Google’s app indexing library. App views convert to site page views, and each click or gesture on the app turns to a click on your home or landing page. The more clicks the app has, the more popular it becomes, increasing your rank in Google. 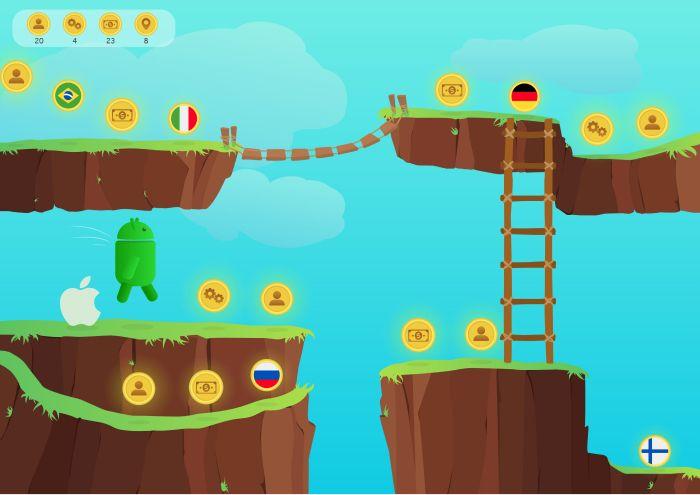 With the Android operating system, you’re developing not only for one Android phone but for thousands of devices produced by different manufacturers. You can run the product on Android-based smart TVs, wearables or media streaming devices.

Android app development can be carried out on Windows, Mac, and Linux. Android’s open source nature means that:

Google is committed to making its user interface customizable and facilitating the creation of custom Android apps for businesses. Developers can easily update even the data management functions and multimedia tools to the product. All Google services data, from Google Maps to Drive, are native to the platform. If your Android app is using any of these, Google integration can improve the user experience and increase the user base.

Android Studio and other toolkits facilitate Android app development. The pool of developers for an Android project is far wider because any dev familiar with Java can build Android applications. Java is a proven programming language that leverages a rich set of libraries. Native Android apps written in Java can be ported to Blackberry, Chrome OS, Symbian, Ubuntu, and Windows. Kotlin backed by Google is an alternative technology. It promotes a speedier development, and if needed, your Android team will easily read the iOS team’s pull requests, and vice versa.

Those who choose and know the benefits of Android development should still be aware of some peculiarities of the platform, especially in comparison to iOS.

If you’re developing Android apps or games for a broad global group or emerging markets, it’s most likely the right choice. However, remember that Android’s global market share comes mostly from developing countries. They have lower spending power and possibly no credit card support. These audiences generally have a lower income compared to Apple users. They tend to be less willing to pay for apps, which is why free Android apps with in-app ads are popular. (You may still release the same product as a paid application on App Store and succeed.) 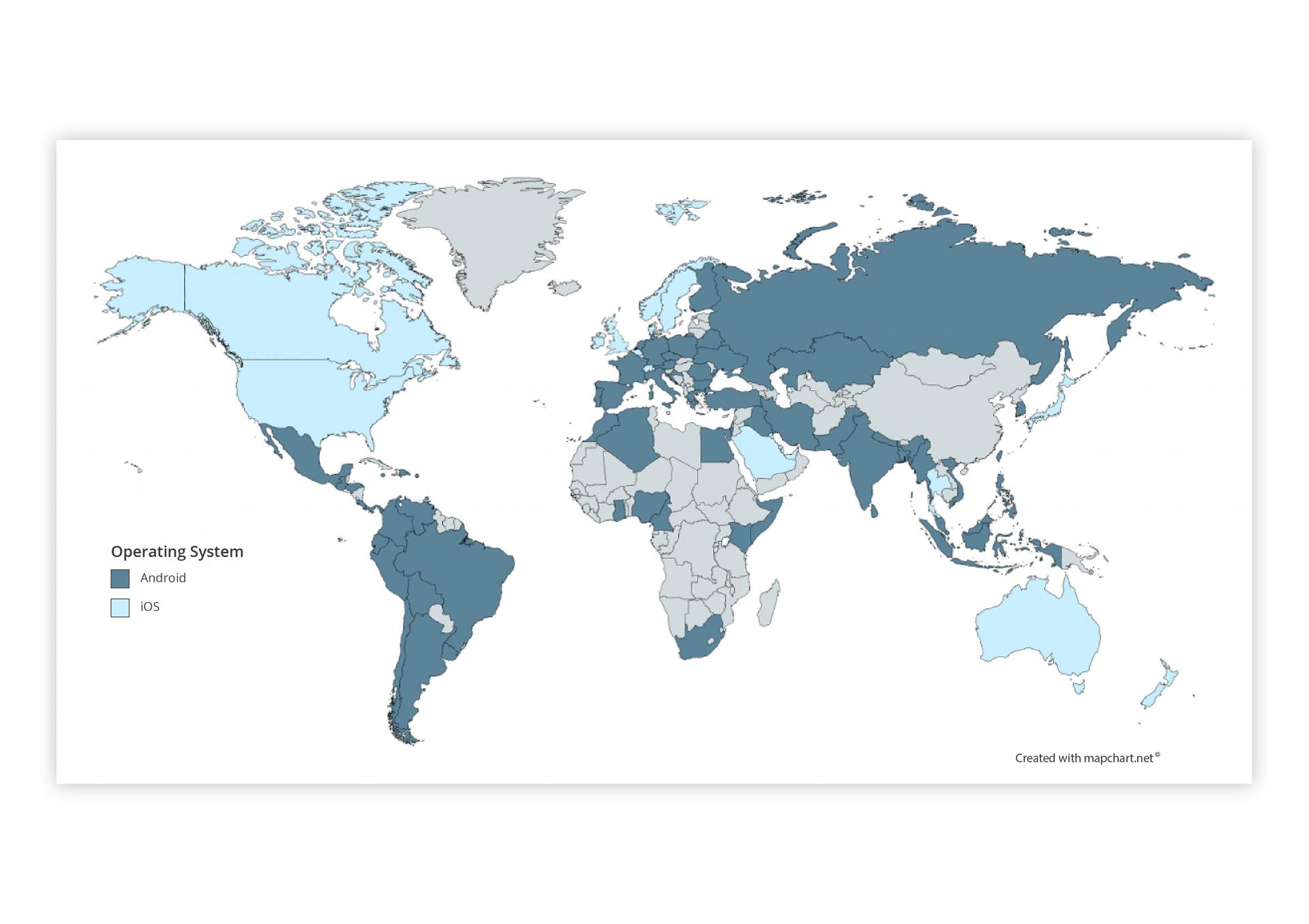 If you have to get an application or MVP to the market ASAP, or are operating on a stringent budget, iOS may be a better option. Android app development is generally known to be slower. It has mostly to do with the system release cycles and Android fragmentation. A considerable number of devices within the operating system come in all shapes and sizes, with different performance levels, screen sizes, and resolutions. Moreover, multiple platform versions are active at the same time. Development of an app that is compatible with all of them is more difficult. Looking for and fixing issues on one device after another also takes longer. (Without proper testing, you risk leaving out portions of the market from running the app.)

The more time it requires, the higher the cost of mobile app development. You are going to spend more time ensuring that the app remains compatible with the platform and avoiding bugs and crashes with users running older OS versions.

If you take into account all these facts and give the priority to an iOS product, you will be reminded about the importance of Android application for your business sooner or later. A quality iOS application will help you reach a critical base of early adopters. Loyal users that regularly enjoy the app experience will inevitably promote it to friends and followers. When you start hearing “Where is your Android application?”, it’s time to go global with a version for Android!

The decision about whether to build a product for Android or Apple depends on your business needs and available resources. It’s crucial to consider the project timeline and budget before you embark on app development. The revenue goal, target audiences’ geographic and demographic characteristics, desired app features and range of devices, app maintenance budget, publishing, and restrictions are other prominent factors. If you’re still not sure where to start, Onix can help.

Whether it’s an iOS or Android project, you have an excellent chance to build a user base and start generating revenue. When users on other platforms begin asking for a version too, remember that Onix is there to build the required mobile solution for you using all the benefits of Android app development. 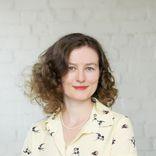 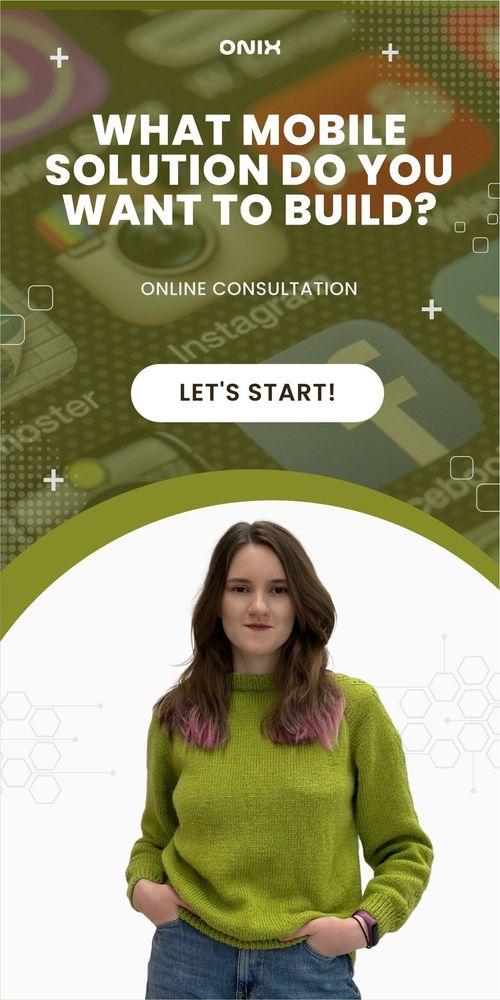 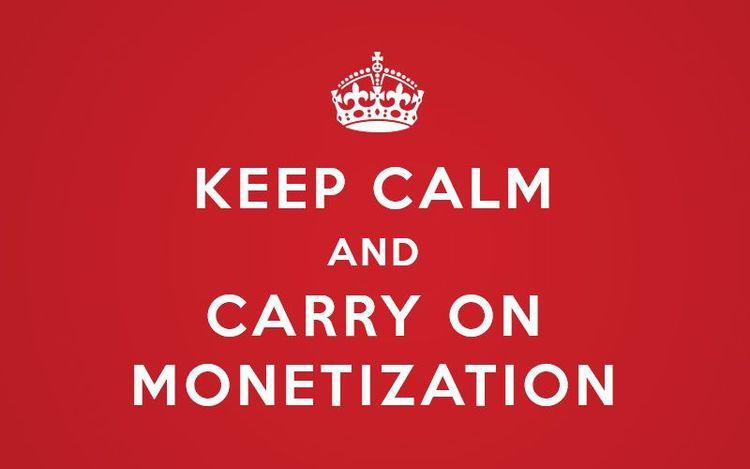